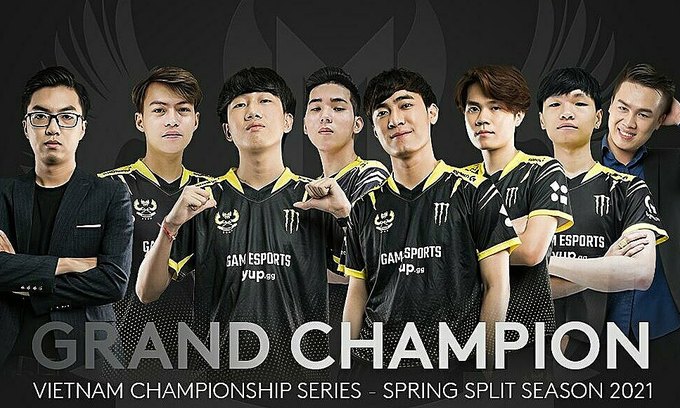 GAM will be managed by NRG Asia, an esports company formed by partnership between NRG and investment firm CMG Asia. NRG Asia will focus on respresenting Southeast Asia’s up and coming esports power players. The first acquisition of the company was GAM from Singapore-based esports media firm Yup.GG.

Rumors about the acquisition started when fans noticed the NRG logo printed on the champion shirts of GAM players after winning Vietnam Championship Series (VCS), the national LoL tournament. The rumor was then confirmed by CMG Asia on Thursday.

“With the expansion of NRG into Southeast Asia, we are excited to begin this new journey headquartered here in Vietnam. Starting off with the five-time League of Legends VCS Champions, GAM, our goal is to elevate GAM from being Vietnam champions to leading world championship contenders by providing them additional resources and knowledge from top esport leaders. We can’t wait to bring a world championship back to Vietnam and make the motherland proud!” said TK Nguyen, CEO of NRG Asia, in a statement.

NRG co-founder and CEO Andy Miller also commented on the company’s entry into the Vietnamese market.

“With so much passion around esports in Southeast Asia, we thought Vietnam was the perfect place to launch NRG’s global expansion,” Miller said.

NRG owns many esports teams in many different disciplines such as Apex Legends, Call of Duty, Clash Royale, Dragon Ball FighterZ, Fortnite, Gears of War, Hearthstone, Overwatch, Rocket League and Valorant. According to Forbes, the company is valued at $155 million, with estimated revenue of $20 million and a quarter of that coming from esports activities.

GAM, as the holder of the VCS 2021 title, have earned a spot at Mid-Season Invitational (MSI) in Iceland this May. MSI is the second-biggest global LoL tournament after World Championship. However, GAM could not compete in the tournament due to Covid-19 travel restrictions.

With 32 wins and only seven losses in regional play, GAM could have easily been a title contender at MSI. The last international LoL tournament they had played was World Championship 2019.

LoL is a multiplayer online battle arena (MOBA) video game launched in 2009. The game is a hit in Vietnam, and its teams have risen in global prominence.