There are hard and fast rules about what spices and herbs can be used in what Vietnamese dishes and there’s no room for deviation.

Vietnamese cuisine is a happy blend of influences and a variety of different styles. The country was ruled for differing periods by China and France, and local dining borrowed some of the best features of both, throwing them in the mixing bowl and coming up with a result that is uniquely Vietnamese. 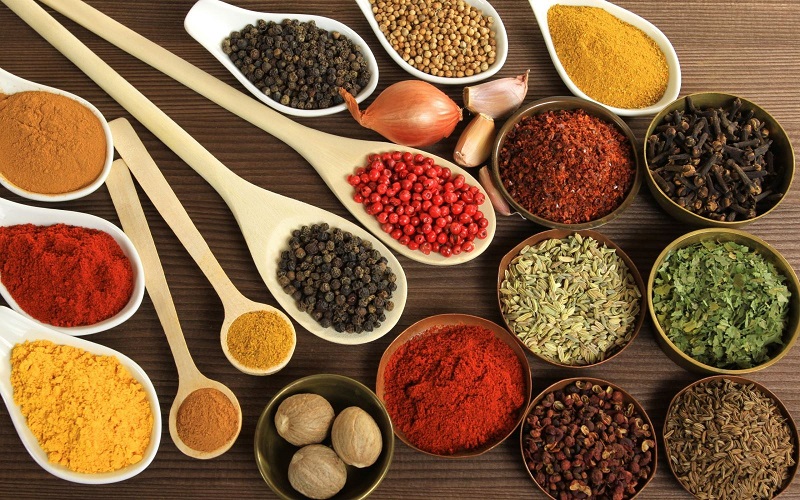 Without the right combination of seasonings, some Vietnamese staple dishes can’t even be attempted. Photo: Nong san Thien Tu

The availability of different food also depends very much on seasonal factors, which guarantees that ingredients are always absolutely fresh. Another important factor is the country’s geography, which ensures a balanced diet with ingredients from the farm, the forest, the mountains, the rivers and the sea.

With a land area of more than 300,000 sq. kilometres and a range of climates, soil types, and altitudes, Vietnam boasts a huge variety of plants, vegetables, herbs and spices. The latter two have been cultivated and used in cooking for millennia and also go a long way towards giving Vietnamese cuisine its unique character. Spices can give even the simplest dish some added zest.

Fresh and fragrant spices and herbs are a vital part of Vietnamese cooking, adding flavour, aroma and texture. They can make a deathly simple and bland dish become subtly beautiful.

Unlike most Western traditions, where herbs are only used in relatively small amounts to add flavour, Vietnamese people consume herbs in large quantities, as if they were vegetables, with some being almost completely unknown among Westerners but being indispensable to specific local dishes. Salads are often thickly laden with herbs such as mint, basil, fennel, coriander, balm and marjoram. Due to its distinctive aroma, the spice is used to cook certain dishes where seafood is the main component.

Dill (Thi La) is a spice belonging to the Apiaceous group, with soft, delicate, threadlike leaves and a strong fragrance. Due to its distinctive aroma, the spice is used to cook certain dishes where seafood is the main component. In addition to enhancing the flavour of the dish it also helps reduce any fishy smell the dish may acquire.

Vietnamese Perila (Tia to) has beautiful leaves that are green on top and a purplish colour on the underside, with slightly serrated edges. The herb is served and eaten raw alongside soups and grilled dishes.

Hot mint (Rau ram) is a herbaceous plant with long slender leaves and a bitter taste, used in dishes with rich protein or fat such as braised trotter or foetal duck egg.

Vietnamese mint (Rau hung) is better known as Hung Lang, in reference to Lang village, where the best quality mint is grown. Like coriander, Hung Lang is a herbaceous plant with small leaves and a purple stem. The special fragrant and fresh spice is used in almost every local dish and even drinks. The beautiful leaves can be eaten raw or cooked alongside with grilled dishes or soups.

Coriander (Rau mui) is a herbaceous plant that has a long stem with one to three small slender leaves. Its stems are exceptionally fragrant and possess a better flavour than the leaves, and are used in various dishes and can also be eaten raw in a salad.

Long coriander (Rau mui tau) has grown in popularity everywhere, especially in Vietnam’s north. The herb is mostly cooked in soups and can be eaten raw with dishes such as boiled pig organ meats.

Marjoram (Kinh gioi) has brilliant green leaves with serrated edges and a slight fragrance, and is used in vegetable salads and served together with numerous other dishes.

It used to be the custom that herbs and flavourings be collected from wild plants in the forests and mountainous areas, but now they are cultivated in rural, midland and highland areas, depending on the variety.

Without the right combination of seasonings, some staple dishes can’t even be attempted. Pho, the national dish, for example, calls for a judicious mixture of dried star anise (Hoi), cinnamon (Que), cardamom (Thao qua) and annatto seed (Hoa Hoe), which is from the lipstick plant and used primarily as a colouring. These spices are mainly grown in northern Lang Son province, near the Chinese border.

There are of course herbs found in both city and country gardens, such as garlic, turmeric, ginger, galangal, lemongrass and chilli. Most of these have the advantage of being able to be cultivated anywhere; in the tiniest city garden or even in pots on roofs and terraces. Garlic and ginger in particular are not only essential cooking herbs but are also considered important herbal medicines.

Ginger (Gung) is pungent and can neutralize the fishy aroma of seafood while also adding some taste to beef.

Galangal (Rieng) is similar to ginger but has a very different taste. It is commonly grown because it isn’t too fussy when it comes to soil. Galangal is often combined with traditional fermented steamed rice and shrimp sauce to mix up and preserve food such as fish, duck, eel and turtle. Vietnamese use ginger to adding some taste to beef dishes. Photo: opcpharma.com

Turmeric (Nghe) is another member of the ginger family but is more commonly used as a colouring or a curry spice. It is used as a flavour adjustment in food processing and often accompanies freshwater protein such as turtle, eel or fish.

Annatto (Hoa Hoe) is not used regularly in Vietnamese dishes. While some herbs are prized for their scent or flavour, annatto seeds fried in oil are only used for colouring. The spice gives a dark orange to light red hue to dyed food.

Star anise (Hoi) is a star-shaped fruit used always in a dried state. They are harvested before they are fully ripe and dried to a rusty brown colour. Besides the regular eight-pointed shape there can also be found a specimen with a larger number of carpels in the flower. The spice is used in cooking Pho broth as well as bo sot vang, or Vietnamese beef stew in red wine sauce.